Since we are coming to the close of the 2009 year, I prepared an analysis of home sales in Tega Cay SC comparing total home sales in 2009 to home sales in 2008. Although there are a couple weeks left in 2009, there will not be many closings occurring before the new year to significantly impact the 2009 sales numbers.

I have split Tega Cay homes sales into two categories. The first split is homes sales under $400,000. The second split is home sales over $400,000. I split the analysis in these two groups because the majority of the activity in Tega Cay and in the Fort Mill area is occurring with home sale transactions below $400,000. 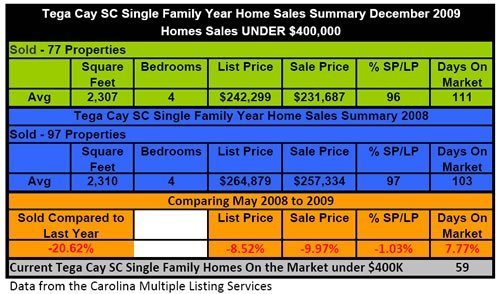 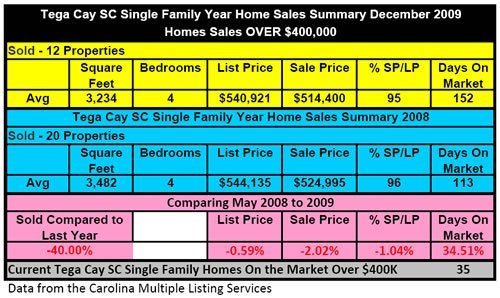 To sum up the total homes sold in Tega Cay, a total of 89 homes sold this year compared to 117 in 2008. These results are not a surprising based on the market conditions the last 18 months. The good news is homes are selling. There are currently 94 homes listed for sale Tega cay according to the Carolina MLS.

Information Deemed Reliable But Not Guaranteed.

Call me for questions.