↑ TOP
You are here: Home / Tega Cay News / Reasons Why I Love Living in Tega Cay Especially On The 4th of July 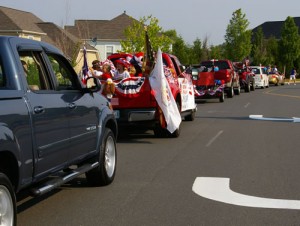 There were floats with music, big trucks, several groups of the Shiners, 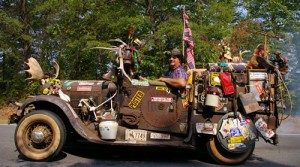 and Star Wars characters and the Fort Mill High Band was marching and playing!

The Lions Fish Fry was at the Glennon Center around 4:30pm.

The day ended with the City’s Birthday Party, Fireworks and Dance. The birthday party began around 8:00 p.m. which was followed by fireworks at 9:30 p.m. outside on the Tega Cay Golf Course. There was a dedication of the new Glennon Center building, the speaker was Congressman Spratt and Mayor Runde gave the State of the City. And the dance went on at the Glennon Center until Midnight!

The day was non stop fun. So, if you are considering relocating to the Charlotte Metro area , take a look at the Tega Cay area. It’s just minutes south of Charlotte. The schools are great. The city is on a peninsula of Lake Wylie. And if you like a small town look and feel that is full of friendly, fun people come to Tega Cay South Carolina. If you are interested in reading more about our area here are some other similar posts and links: