↑ TOP
You are here: Home / Archives for local information 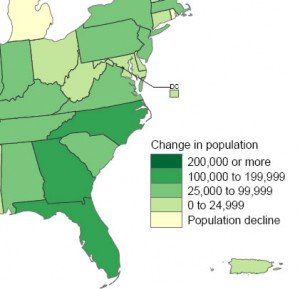 The US Census Bureau released a report today on the “Fastest-Growing Metro Areas” between 2007 and 2008 based on July 1 2008 population estimates. The Charlotte metro are which includes Fort Mill, Tega Cay, Lake Wylie, Rock Hill, all of York County SC saw its population climb 3.4 percent last year. Fort Mill SC which […]